One day without my mobile phone

With all this evidence of our increasing and apparently inescapable Glenn-Close-in-Fatal-Attraction-ish obsession with our phones, we at HuffPost would like to remind you to unplug and recharge every once in a while.

I also realized why I used to love newspapers so much: because newspapers are a finite medium. Leave it at home. Some people might think that it is hard at first because our phones serve as the primary means of communication. Young people can hardly imagine how the world before the cellular phone was.

The phone is a distraction that hinders productivity. When we started, I sent her my screen time statistics, which showed that I had spent 5 hours and 37 minutes on my phone that day, and picked it up times — roughly twice as many as the average American.

Performative wellness is obnoxious, as is reflexive technophobia. 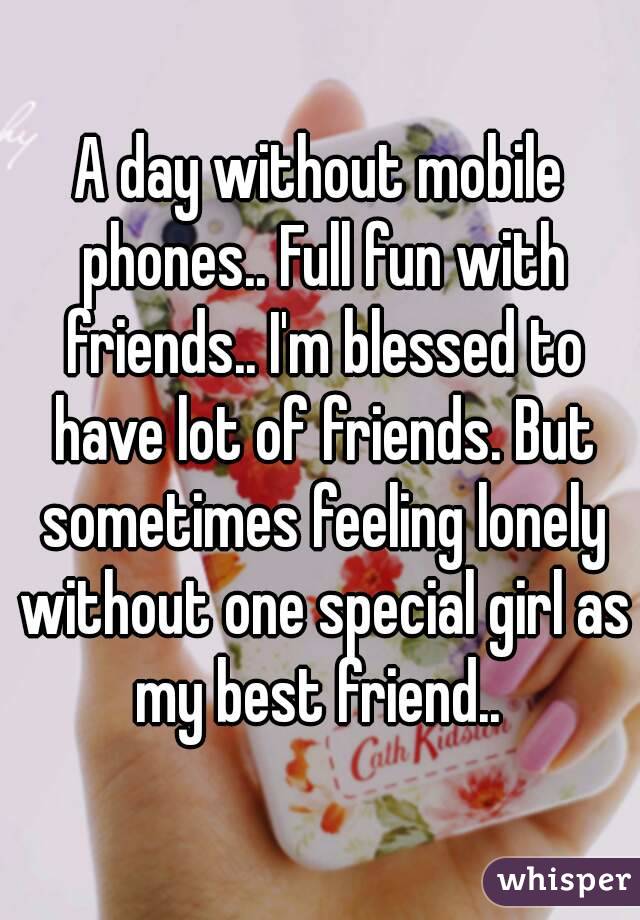 I listen to podcasts and write emails on the subway. Can you do that? And though my colleagues at Fast Company knew I was undertaking this experiment and might not be available as much because of it, I felt bad not being able to reply to Slack messages, sent hours before, until I was at a computer again.

I finished the night off watching some T. Consequently, I cut my run short because I was not enjoying myself like I usually do. And we humans have sort of turned slaves to technology wherein life almost comes to a halt sans gadgets.